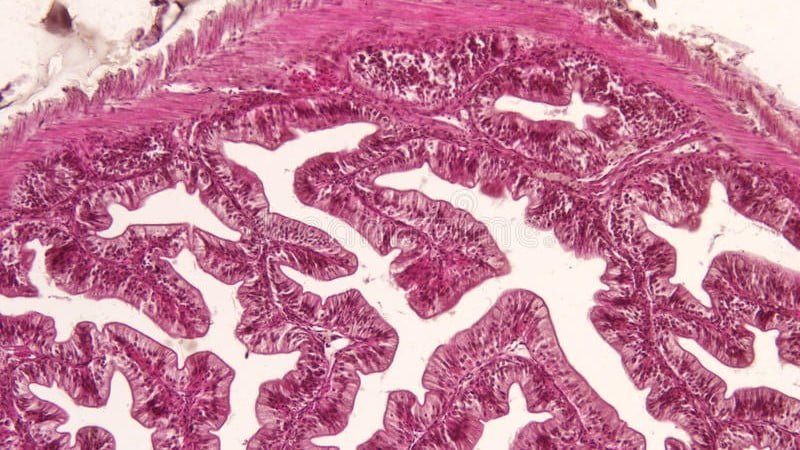 Tissue can be defined as organized layers or masses of structurally similar cells of common embryonic origin and the same functions.

All complex animals consist of four basic types of tissues:

Epithelial tissues protect the surface of the organs and form glands. They lack blood vessels and receive their nutrition from the underlying connective tissues by diffusion through the basement membrane.

Epithelial tissues can be divided into the following forms:

Simple epithelium is uni-layered or uni-laminar. It can be of the following types:

The compound epithelium is multilayered. It can be of the following types:

Specialized junctions provide both structural and functional links between individual cells. These are the following types:

The different types of connective tissues are as follows:

Loose connective tissue consists of (a) Areolar and (b) Adipose tissues.

Skeletal tissue consists of (a) cartilage and (b) bones.

Vascular tissue consists of (a) blood and (b) lymph

Muscular tissue is present in muscles. It consists of cells in the form of contractile fibres, each containing fine fibrils called myofibrils, present in the cytoplasm known as sarcoplasm.

Muscular tissue is of the following three types:

They are voluntary in nature. Sarcoplasm has a large number of myofibrils which are tightly packed. Each myofibril shows dark bands (= A bands) and light bands (= I bands) alternating with each other, hence they are called striated muscles.

These are found in the limbs, body walls, tongue, pharynx and beginning of the oesophagus.

The muscle fibres are elongate and spindle-shaped. They are found in visceral organs like the stomach, intestine, lungs, urinogenital tract, blood vessels, iris of the eye, etc.

The actions of these muscles are controlled by the autonomic nervous system i.e., they are involuntary.

They are contractile in nature present only in the heart. Cardiac muscles are involuntary and have a rich blood supply, thus, never get fatigued.

These are striped, but having dark intercalated discs which function as boosters of contractions wave and permit the wave of muscle contraction to be transmitted from one cardiac fibre to another.

Neural tissue is meant to receive stimuli and conduct impulses for controlling and coordinating body functions.

The special properties of the cells of the neural tissue are excitability and conductivity. It is devoid of the power of division and regeneration.