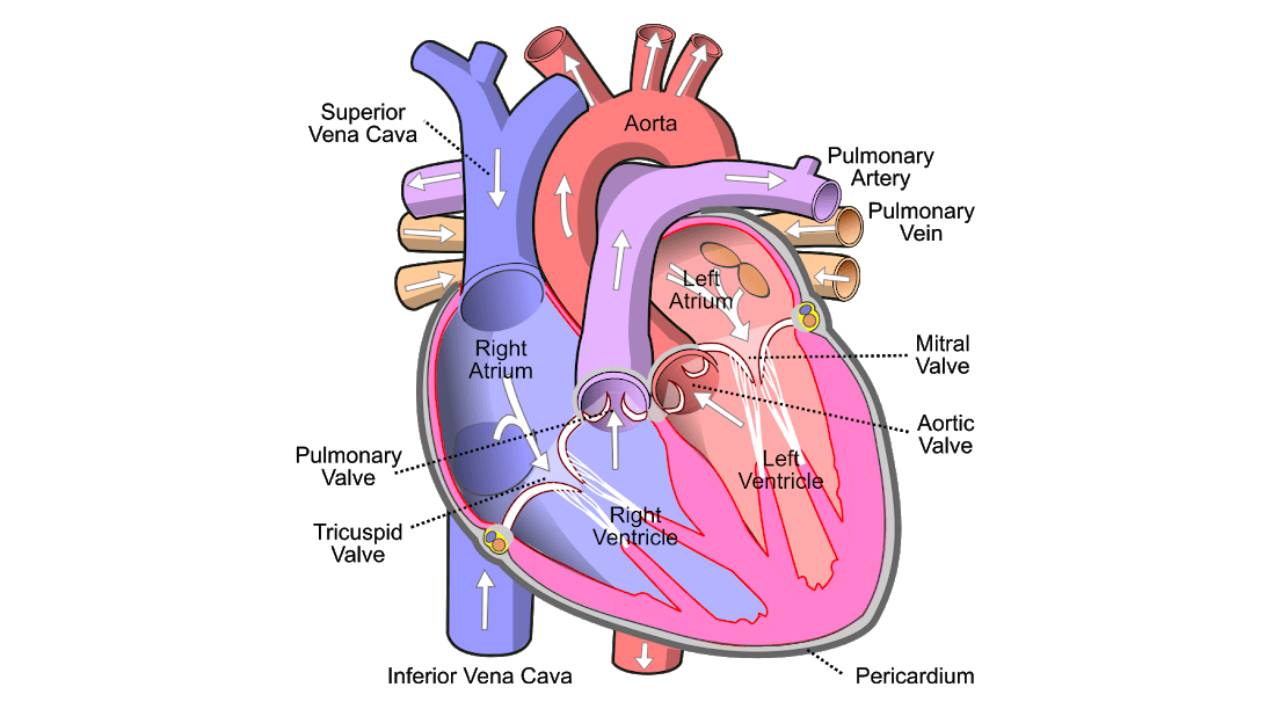 The heart is a muscular organ that pumps blood through the blood vessels of the circulatory system. Blood provides the body with oxygen and nutrients, as well as assisting in the removal of metabolic wastes.

In humans, the heart is located between the lungs, in the middle compartment of the chest. The heart is enclosed in a double-walled protective sac, the pericardium. Which also contains a small amount of fluid, pericardial fluid.

The Wall of the Heart is Made up of Three Layers

Chambers of the Human Heart and Blood Flow

Chordae tendineae are the special fibrous cords attached to the flaps of bicuspid and tricuspid valves and are joined to the other ends with the papillary muscles.

Semilunar valves (pulmonary valve and aortic valve) are present where arteries (pulmonary trunk and aorta) leave the heart. The valves of the heart maintain the unidirectional flow of blood and prevent its regurgitation in the opposite direction.

Double circulation is the passage of blood twice in the heart through separate pathways for completing one cycle.

In man, the heartbeat is the myogenic i.e., contraction is initiated by a specialized patch of modified heart muscles, the sinoatrial node (SA node) which is situated in the wall of the right atrium near the opening of superior vena cava.

The SA node acts as the “pacemaker” of the heart and thus establishes the basic rhythm at which the heart beats. This wave of contraction next reaches the atrioventricular node (AV node–pacesetter of the heart), which is stimulated to emit an impulse of contraction spreading to the ventricles.

Bundle of His and Purkinje fibres: Human Heart

This bundle then divides into the left and the right bundle branches, one going to each ventricle. Within the myocardium of the ventricles, the branches break up into a network of branching, anastomosing filaments or fibres known as Purkinje fibres.