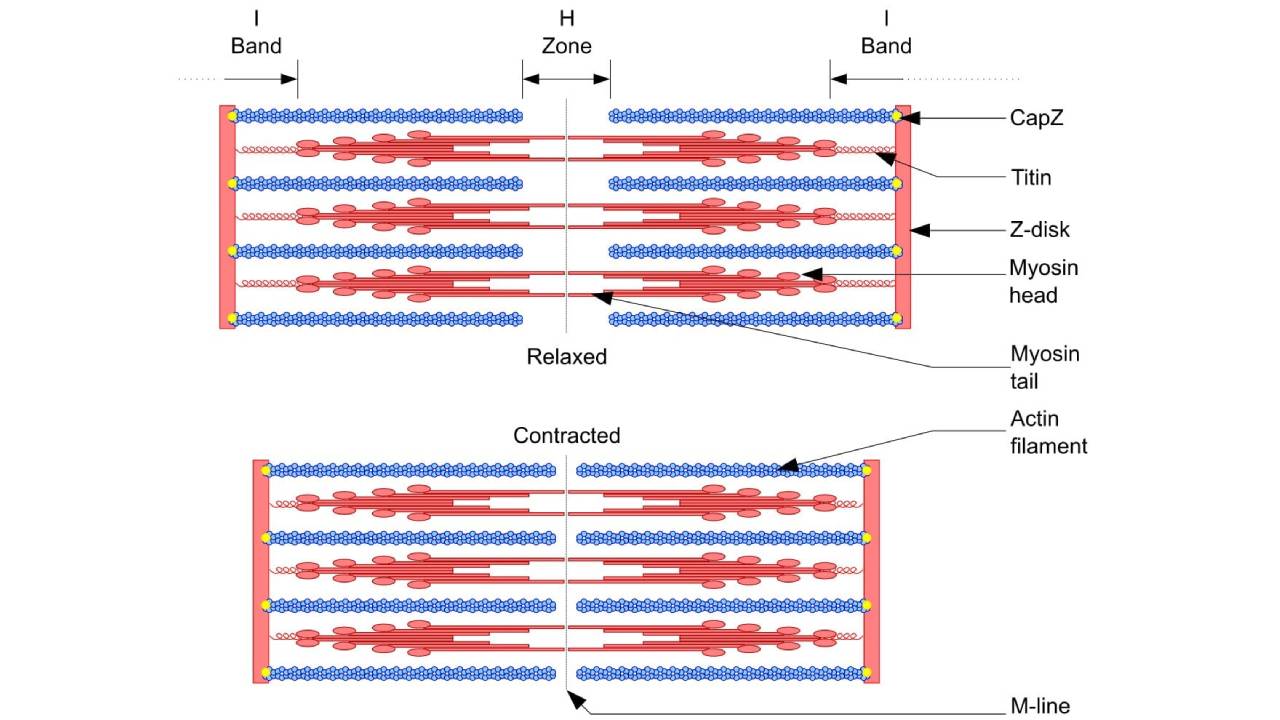 Muscle is a specialized tissue of mesodermal origin that has special properties like excitability, contractility, extensibility, and elasticity.

Its membrane is called sarcolemma and its cytoplasm is called sarcoplasm. Each fire contains many thin and rod-like myofibrils with characteristic cross striations.

The myofibrils are arranged in a number of section, called sarcomeres.

The sarcomeres are delineated by a very thin and comparatively dense Z-line (Krause’s membrane). A dark anisotropic band (A-band) is present in the centre of the sarcomere.

Adjacent to this lies a light isotropic band (I-band). At the centre of the A-band, a comparatively less dark zone called H-zone (Henson zone) is present.

Each sarcomere is a bundle of fine longitudinal myofilaments of two types:

The skeletal muscles are of two types: Red and White muscles.