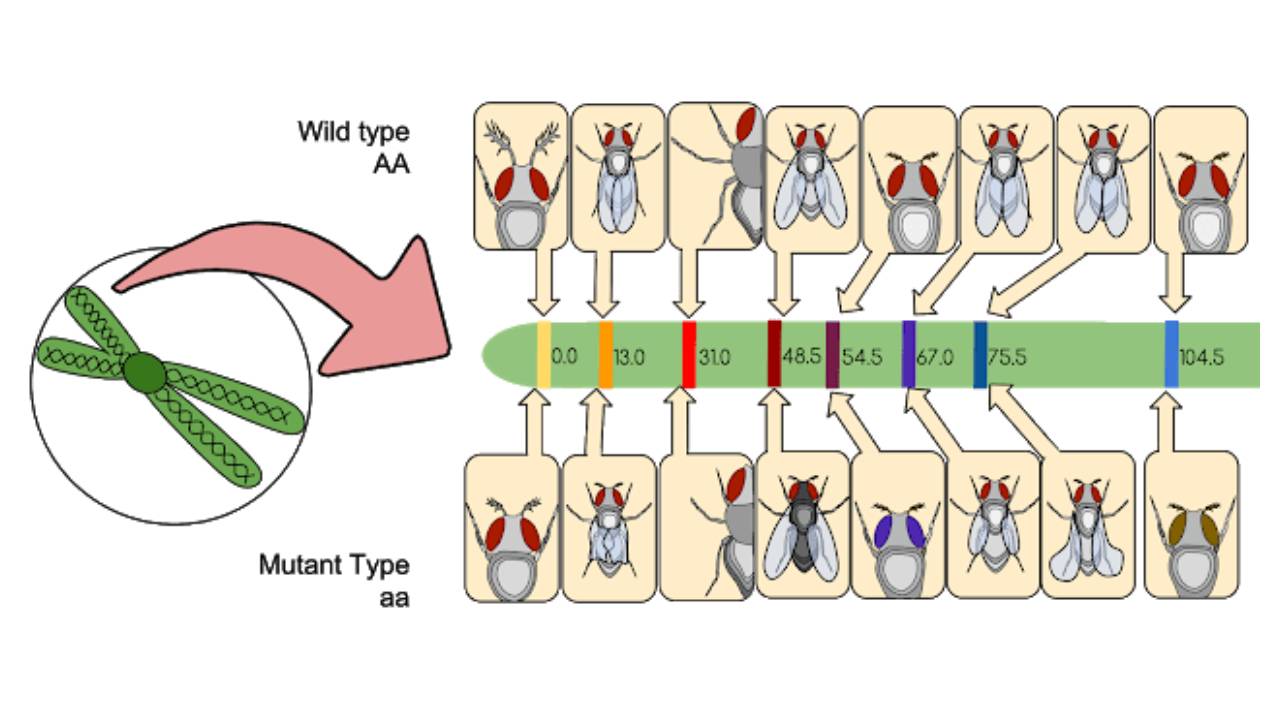 Linkage is the phenomenon of certain genes staying together and their inheritance from generation to generation without any change or separation due to their presence on the same chromosome.

Genetic linkage describes the phenomenon in which two genes that are located close to each other on a chromosome are often inherited together from generation to generation without any separation.

T.H. Morgan(1910) proved and defined linkage on the basis of his breeding experiments on fruit fly, Drosophila melanogaster.

T.H. Morgan (1910) proved and defined linkage on the basis of his breeding experiments on fruit fly, Drosophila melanogaster.

Genes are arranged in a linear fashion on the chromosome. Some genes situated in close proximity are always inherited together i.e., become linked.

A linkage or grouping of genes on a chromosome that is not altered and is inherited as such from generation to generation without any cross-over, it is called complete linkage.

The phenomenon of an occasional crossing over between two homologous chromosomes so that one or more alleles present in a linkage group are replaced by other alleles. Produces both parental and recombinant individuals.

Crossing over of Genes:

Crossing over is the recombination of genes due to the exchange of genetic material between two synapsed homologous chromosomes during meiosis. Which results in new allelic combinations in the daughter cells.

It is the mutual exchange of segments of genetic material between non-sister chromatids of two homologous chromosomes, so as to produce recombination of genes during the production of gametes.