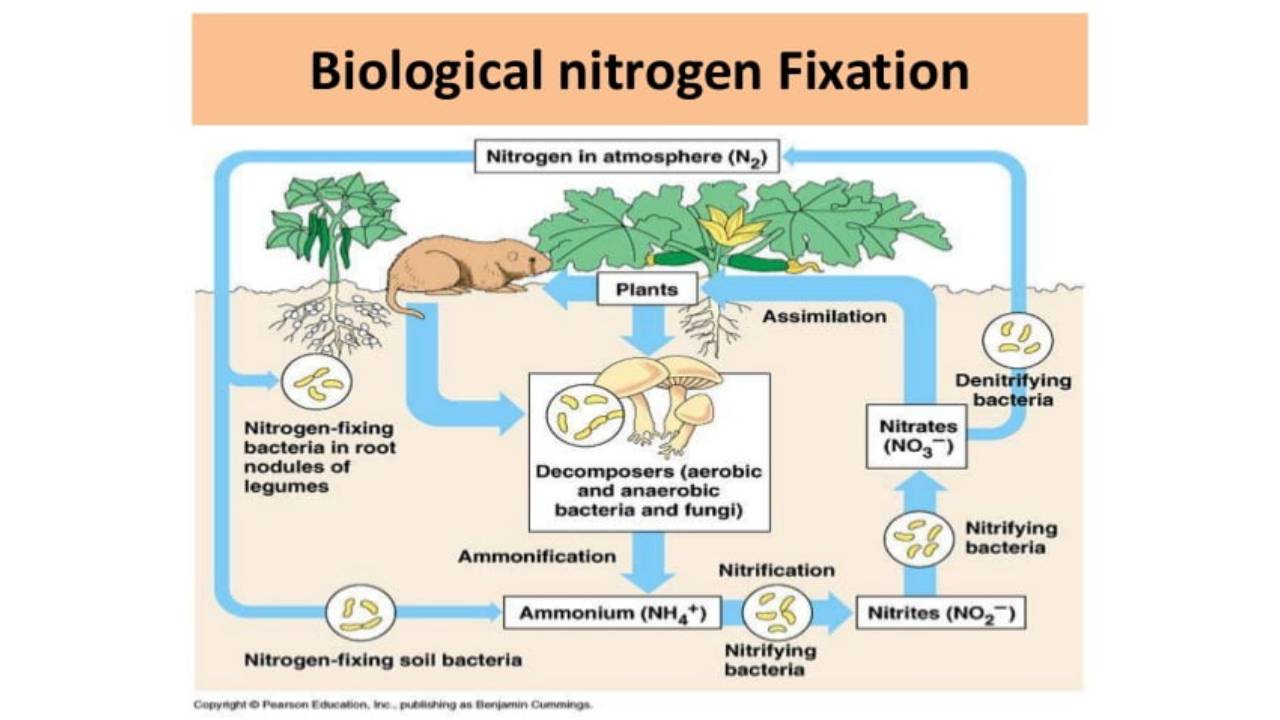 Roots of a legume secrete chemical attractants (flavonoids and betaines). Bacteria collect over the root hairs and release nod factors that cause curling of root hairs, around the bacteria, degradation of cell wall and formation of an infection thread enclosing the bacteria.

Free-living nitrogen fixers do not immediately enrich nitrogen. It is only after the death and decomposition of organisms, that the fixed nitrogen enters the cycling pool.

It occurs in two steps:

Assimilation of ammonia in most of the higher plants involves the formation of amides.