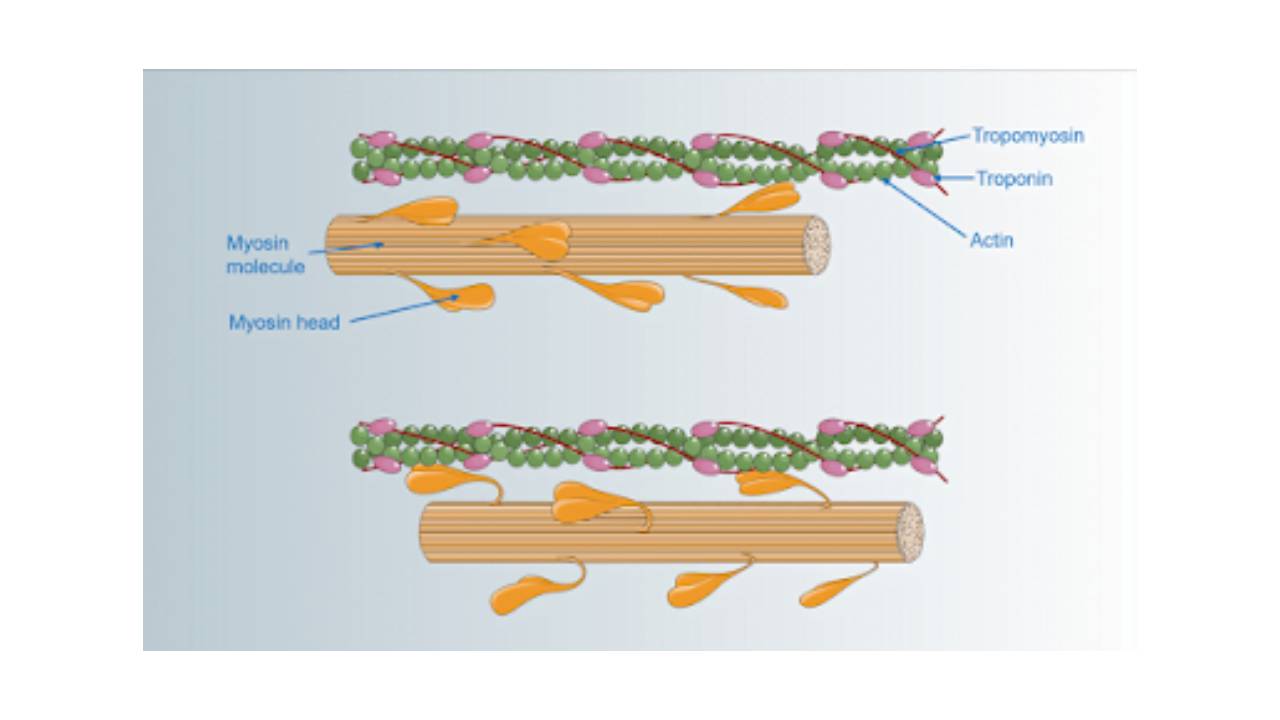 According to sliding filament theory of muscle contraction, the actin and myosin filaments slide pass to each other with the help of cross-bridges to reduce the length of the sarcomeres.

During relaxation, myosin cross-bridges separate from actin and actin filaments slide back from A-bands. Calcium is an essential element for the contraction of muscles. During muscle contraction, chemical energy is changed into mechanical energy.

During strenuous exercise, the muscle does not get sufficient oxygen to meet its energy needs immediately. So it contracts anaerobically and accumulates lactic acid produced by anaerobic glycolysis. During recovery, the oxygen consumption of muscle exceeds.

The extra oxygen consumed during recovery is called the oxygen debt of the muscle. It is used in oxidizing the accumulated lactic acid aerobically and in restoring the depleted creatine phosphate and ATP in the muscle fibre.